Fasting is primarily an act of willing abstinence or reduction from certain or all food, drink, or both, for a period of time. An absolute fast is normally defined as abstinence from all food and liquid for a defined period, usually a single day (24 hours), or a specific time.
Fasting in Islam

Fasting is the fourth of the Five Pillars of Islam and involves fasting during the holy month of Ramadan, which is probably the most notable time for fasting among Muslims.

In Islam, fasting for a month is an obligatory practice during the holy month of Ramadan, from fajr (dawn), until maghrib (sunset). Muslims are prohibited from eating, drinking (including water), and engaging in sexual activity. They are also encouraged to temper negative emotions such as anger and addiction.

Fasting in the month of Ramadan is one of the Pillars of Islam, and thus one of the most important acts of Islamic worship. By fasting, whether during Ramadan or other times, a Muslim draws closer to God by abandoning bodily pleasures, such as food and drink. This makes the sincerity of their faith and their devotion to God (Allah) all the more evident.

The Qur’an states that fasting was prescribed for those before them (i.e., the Jews and Christians) and that by fasting a Muslim gains taqwa, which can be described in one word as ‘God consciousness’ or ‘God wariness’. Fasting is believed to help promote chastity and humility and prevent sin, the outburst of uncontrolled lusts and desires and far-fetched hopes. To Muslims, fasting acts as a shield with which the Muslim protects him/herself from jahannam (hell).

Muslims believe that fasting is more than abstaining from food and drink. Fasting also includes abstaining from any falsehood in speech and action, abstaining from any ignorant and indecent speech, and from arguing, fighting, and having lustful thoughts. Therefore, fasting strengthens control of impulses and helps develop good behavior. During the sacred month of Ramadan, believers strive to purify body and soul and increase their taqwa (good deeds and God-consciousness). This purification of body and soul harmonizes the inner and outer spheres of an individual. Muslims aim to improve their body by reducing food intake and maintaining a healthier lifestyle. Overindulgence in food is discouraged and eating only enough to silence the pain of hunger is encouraged.

Muslims believe they should be active, tending to all their commitments and never falling short of any duty. On a moral level, believers strive to attain the most virtuous characteristics and apply them to their daily situations. They try to show compassion, generosity and mercy to others, exercise patience, and control their anger. In essence, Muslims are trying to improve what they believe to be good moral character and habits.
For some Muslims, fasting may inculcate a sense of fraternity and solidarity, as they believe they are feeling and experiencing what their needy and hungry brothers and sisters are feeling. Those who are already poor and hungry are often considered exempt from fasting, as their condition renders them effectively fasting all the time; however, they still must refrain from eating during the day if they can. Moreover, Ramadan is a month of giving charity and sharing meals to break the fast together.

The Siyam (fast) is intended to teach Muslims patience and self-control, and to remind them of the less fortunate in the world. Faithful observance of the Siyam (fast) is believed to atone for personal faults and misdeeds, at least in part, and to help earn a place in paradise. It is also believed to be beneficial for personal conduct, that is, to help control impulses, passions and temper. The fast is also meant to provide time for meditation and to strengthen one’s faith.

While fasting in the month of Ramadan is considered Fard (obligatory), Islam also prescribes certain days for non-obligatory, voluntary fasting, such as:

Fasting is forbidden on these days:

Although fasting at Ramadan is fard (obligatory), exceptions are made for persons in particular circumstances: 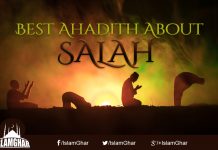 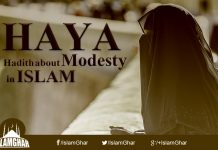